Transcranial Magnetic Stimulation (TMS) is an innovative therapy for those who have moderate to severe depression that have had trouble responding to medication. TMS works by using magnetic fields to increase or reduce specific brain activity. Using TMS allows doctors to change brain activity without surgery and with minimal discomfort to the patient.

To see if you qualify for this life-changing therapy, please fill-out this short survey and we will be sure to reach out to you.

medications for anxiety and depression

There are many non-medical options for anxiety and depression if you’re not comfortable taking antidepressants. Cognitive behavioral therapy (CBT) is a treatment that changes your thinking and behavior patterns and is considered one of the best depression medications. Some CBT methods include cognitive activation and mindfulness-based cognitive therapy. Anyone can opt CBT for depression treatment.

Cognitive behavioral therapy (CBT), a short, goal-oriented therapy that has been proven effective in treating depression, is a quick and simple therapy. CBT is a practical, problem-solving therapy that aims to decrease the negative and unhelpful thoughts and behavior expected in depression sufferers.
CBT is the most effective form of therapy to treat depression. CBT’s foundation is the link between emotions, thoughts and actions. The foundation of CBT is the connection between emotions, thoughts, and actions.

The best way to deal with our disorders is to get anxiety depression medication from a well-known doctor.

IS TMS the same as ect?

TMS and ECT might seem similar, but there are major differences between the two.

TMS uses magnetic pulses, much like what you would receive from an MRI machine, to stimulate specific parts of your brain. The area of the brain that is stimulated creates gentle electrical impulses that activate neural pathways in the brain associated with depression.

ECT or Electroconvulsive Therapy, uses electricity to the entire brain which causes a controlled seizure. This seizure helps produce neurotransmitters in the brain.

Both therapies are effective but ECT requires sedation, and someone to bring the patient to and from the procedure. Also, there are a list of potential side effects including short-term memory loss and confusion.

TMS has no reported side effects other than some mild discomfort and the application site and the patient can drive to and from the TMS treatment. The procedure is approximately 20 minutes and you can do it during your lunch break.

Approved by the U.S. Food and Drug Administration (FDA)

In clinical studies, approximately half of patients treated with BrainsWay TMS Therapy responded. These patients experienced an average reduction in their depression symptoms that was more than twice the average in those receiving an inactive treatment. More importantly, individual patients can show striking benefits with complete resolution of the depression and practically no side effects. For more information about this innovative therapy, download the Patient Brochure.

The treatment delivers magnetic stimulation to the frontal brain structures and networks, targeting previously unreachable areas of the brain with its proprietary H7-coil. BrainsWay OCD has many advantages over other treatment options, as it is an outpatient procedure that is generally well-tolerated and has no systemic side effects.

TMS can be applied to different brain areas with the goal of treating other conditions. Research is ongoing to determine whether these techniques are effective to treat:

The Food and Drug Administration (FDA) has not yet approved the use of TMS for these conditions. However, TMS can be used as “off-label” treatments, though they are considered investigational (not proven). As such, for any of these treatment indications, we do a complete neurological evaluation with all prospective patients to ensure there are no safety contraindications, and acquire informed consent to ensure that all patients are aware that the treatments are considered off-label.

TMS In the News 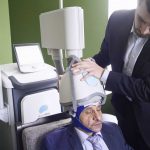 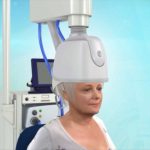 A new treatment method for depression is available in Albany for the first time. It’s called transcranial magnetic stimulation. It uses magnetic pulses to stimulate the part of the brain tied to depression. 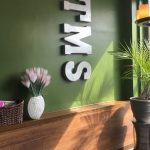 By ROB JONAS ALBANY – Pinnacle Behavioral Health’s Transcranial Magnetic Stimulation (TMS) therapy has been a great success. In its first year, there have been more than 3,000 TMS sessions at …

Depression can take on many different forms, depending on the severity of the case. In extreme cases, people may find it difficult to get out of bed, let alone carry on everyday activities …

By ROB JONAS Pinnacle Behavioral Health has seen significant progress with its Deep Transcranial Magnetic Stimulation (TMS) treatment. Over the course of nearly 1,000 TMS treatments since …